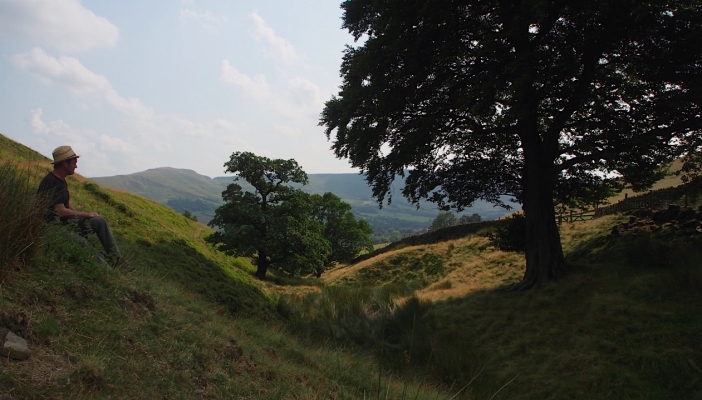 Back again, but for how long
In this brief respite from incarceration?
Air and sea now banned to us
By an Iron Curtain of regulations,
Locked in a land abandoned
To the Health-and-Safety Inquisition.

In punishment for what crime
Have these Furies of our madness descended?
In what still unburied corpse
Do these sickly flowers for the dead flourish?
From what accumulation
Of convenience sprung this generation?

History’s angel repeats:
Dictatorships have never been inflicted.
They are always a willing
Collusion of capital, state and people;
Our memory deleted
For the promise of rewarded indifference.

The sheep that patiently queued
In the shearing shed’s all-night, fast-track check-in,
Emit no sound of protest
On this, their lorry-load’s final journey,
And the dog chained to the wall
Licks the farmer’s fist the following morning.

Like the blade of a guillotine
Through the sun of this long dishonest day,
A rising red horizon
Has severed us from all our former futures,
And yesterday’s freedoms lie
Within the shadow of a world now ended.

But this we must learn to know,
As we know in which hand to wield a weapon:
What’s stolen’s never returned
By those we’ve handed the keys to our prison,
But with our own courage won
On the long battlefield of our resistance.

In the shade of this Alder tree
I’d gladly lie for all eternity,
But in collaboration
With fear there’s only one side to this country,
And tomorrow calls me home
And long defeat to our common enemy.

The Battle of Hyde Park

The Red Lady of Paviland

The Unlawful Killing of Ian Tomlinson

When We Marched For Homes

New Left Revue (Being for the Benefit of Mr. Assange)

One thought on “Freedom Day”