I was reading Sadiq Khan’s article with this title in The Observer this Sunday, and initially I wondered who it was he was describing, so closely did his description of the Conservative government he was attacking resemble his own party. I thought that, given Labour’s record in local government, Khan’s got a nerve lecturing the Tories on morality and racism. So I rewrote his article in line with what Labour councils have been doing these past four years and longer to the urban millions the London Mayor calls on to vote this Thursday. On the 3rd of May remember to say: a vote for Labour is a vote for the demolition of hundreds of council estates, their replacement with properties for offshore investors, the selling off of our public assets to the highest bidder, the privatisation of our public land and services, the eviction of local businesses and markets, and the social cleansing of our communities from the inner cities. 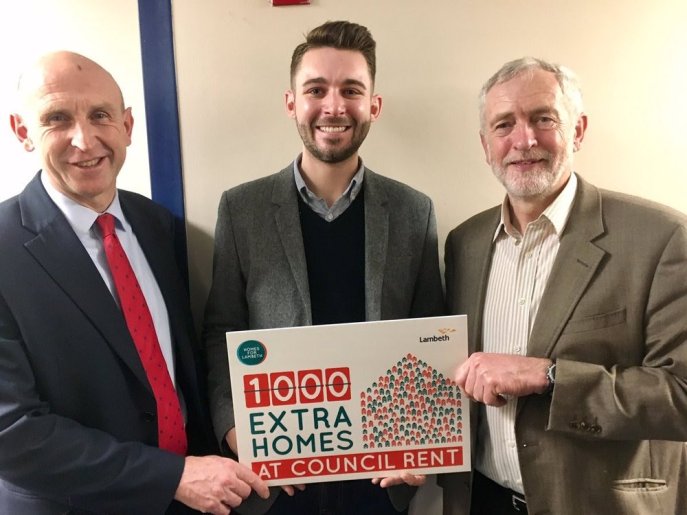 People in cities and towns up and down the country will go to the polls on Thursday to deliver their verdict on councils that seem neither to like us nor to understand our values and way of life.

Under Jeremy Corbyn’s leadership, Labour councils have turned their backs on urban and suburban areas by pursuing policies and public spending decisions that discriminate against our cities and towns.

Every new Labour policy, manifesto and statement seems designed to antagonise people living in urban areas. Not just the poor, the inner-city dwellers, the ethnically diverse and the young – who Labour have repeatedly failed – but also the middle classes, the commuters, those in the suburbs, and all who value Britain’s tolerance, diversity and proud traditions.

This is hitting in particular people living in London, Birmingham, Manchester and Liverpool, but also places such as Bristol, Sheffield, Nottingham and Glasgow. It is hardly surprising that residents in our cities and towns are turning their backs on Labour when they have turned their backs on us.

Council estates have been subjected to years of managed decline. Public land has been sold off to developers and homelessness is rising. The housing crisis has gone from bad to worse across the country. We have Labour councils using taxpayers’ money in the courts to avoid having to rehouse estate residents whose homes they have demolished, and a party leader who is willing to put our homes, local businesses and communities at risk in pursuit of appeasing investors getting rich from the appreciation on their properties – serving the party interest rather than the national interest.

In the past few months alone we have seen how little the Labour Party understands our values or our way of life. First, because of the heartbreaking, shameful and disgraceful treatment of thousands of Tottenham constituents whose homes, businesses and public services the Labour council threatens with the Haringey Development Vehicle, the disproportionately negative impact of which on the borough’s BME constituents the Labour council addressed with the advice that they ‘get a job, at higher pay’. Second, because of Labour’s failure to have any plan on how to address the latest appalling statistics showing that hundreds of council estates up and down the country are similarly threatened with demolition, privatisation and redevelopment with the loss of hundreds of thousands of homes for council and social rent. And third, with the refusal of Labour councils even to consider alternatives to the social cleansing of thousands of residents from our cities in such infamous ‘regenerations’ as the Ferrier, Heygate, Woodberry Down and Aylesbury estates.

As the scandalous treatment of these residents has emerged, Labour politicians have tried to give the impression that these were anomalies, an accidental series of mistakes. But the British people know this is a lie. We know that it was the deliberate intention of Labour councils to socially cleanse working-class residents from these inner-city locations and free the land up for privatised luxury developments for offshore investors. We know this because the Labour Party has bragged that its housing policies are founded on the practices of Labour councils.

Thousands of British people have been subject to inhumane treatment at the hands of Labour councils backed by Corbyn – a system that has turned council officers into unofficial arbiters of who does and doesn’t get to live in our inner cities, requiring council tenants to justify their right to continue living in the communities they have built up over decades, and forcing leaseholders to accept offers for their demolished homes that will force them out of London altogether.

Corbyn is also responsible for backing councils that have demonised and denigrated the most ethnically diverse communities in our country as home to broken families, drug dealers, rioters, anti-social behaviour and poverty traps, and have not hesitated to use Public Space Protection Orders in order to criminalise the homeless. The “sink estate” narrative that has been so eagerly adopted by Labour councils in order to justify their practice of socially cleansing estate communities from the borough has played a role in fuelling false stereotypes about such communities being made up of benefit-scroungers living in homes subsidised by the state.

Documentation of the extent and consequences of London’s estate regeneration programme has exposed Jeremy Corbyn even further as someone who appears completely unaware about what is going on in his own party. It frankly beggars belief. What the Shadow Housing Minister and Labour Leader don’t appear to understand is that the scandal of estate demolition in the middle of a housing crisis is the direct consequence of their policies, and not just another example of so-called Blairite cabinets dominating Labour councils.

It is about a generation who have lived here all their lives suddenly feeling they are not wanted here. Rather than hiding behind process or blaming “Red Tories” again, the time has now surely come for the Labour Leader to resign.

The Labour party’s failure increases where Labour power in local government is greatest. Official statistics show that of the 237 London estates under threat of, currently undergoing, or which have recently undergone demolition, privatisation or regeneration with a resulting loss of homes for council or social rent, 195 are in the 22 Labour-run boroughs; while only 37 estates are in the 10 Conservative-run boroughs.

Corbyn, who succeeded Miliband as Leader, tried to claim that the housing crisis has no link with Labour’s cross-party implementation of the Conservative government’s Estate Regeneration National Strategy in every one of the London boroughs where it is in authority – until he was undermined by the actual evidence that Labour’s programme of estate demolition is the primary mechanism and cause of the housing crisis. It seems there is a lot going on in the Labour Party of which he is apparently unaware.

When ASH first started releasing these statistics, the Labour Leader, astonishingly, refused even to comment on them for two years, never mind announce any policies to address the unacceptable rise in evictions and homelessness they were causing. The Labour party should now be committing to invest in our council estates, local businesses and communities – resources desperately needed to help us resist the assault on our communities by global capital and the laundering of dirty money through London’s property market.

The same story is also true of the Labour party’s ideological pursuit of the most divisive and unsustainable programme of home ownership for the few that are able to afford the properties for private sale that Labour councils are building on land cleared of council housing.

The Labour party is now in paralysis – tearing itself apart over renewed accusations of social cleansing, and with Labour councils at war with their own constituents. So it is left to us to stand up for our cities and towns, to fill the leadership vacuum left by corrupt Labour councillors in thrall to developers, builders and offshore investors, to fix the challenges people face in their daily lives, and to fight for our public assets and our community values.

Labour has nothing to offer the voters of our cities and towns, not a single positive offer – just more of the same managed decline of our homes and sell-off of our public assets to the highest bidder. They are tired and devoid of any ideas. So it is now incumbent on all of us, but especially those in the inner cities – with our proud history of fighting for the many not the few, and fighting discrimination and racism disguised as privatisation and gentrification – to ensure that our cities and towns are fair, inclusive, safe places for everyone. This includes redoubling our efforts to stamp out the social cleansing that has been pursued by Labour councils in recent years, wherever we find it.

I urge everyone in every city and town across Britain to vote against the Labour party this Thursday. To elect councillors who will stand up for your community, not be whipped into party obedience by autocratic council leaders like Claire Kober in Haringey, John Biggs in Tower Hamlets, Robin Wales in Newham, Philip Glanville in Hackney, Peter John in Southwark, Lib Peck in Lambeth, Steve Bullock in Lewisham and Tony Newman in Croydon. To send a message to this Labour party that we have had enough of its continual assaults on our values. And to take the crucial next step on the path to electing a local authority, led by representatives from our local communities, that will understand our way of life and deliver the real change we so desperately need.

One thought on “Our Urban Millions Must Wrest Control from Hostile, Inhumane Labour”